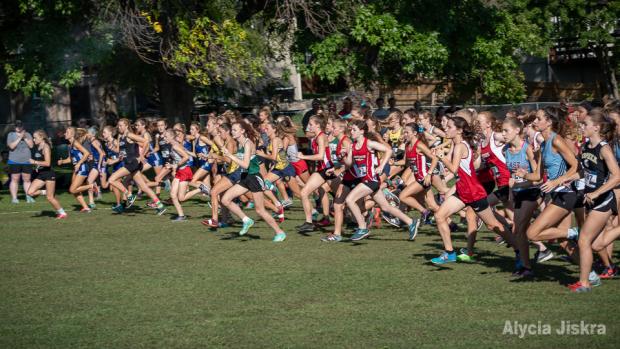 Some years ago, I had an athlete who suffered from the all-too-common issue of nearly incapacitating race anxiety. Her background was mainly in soccer, so she was new to running and blissfully unaware of her talent level. She was much more successful than she anticipated in her first race and the following week she unexpectedly found herself on the varsity starting line.

It was overwhelming for her. She would tremble, cry and even be physically ill shortly before the gun went off. The problem persisted and even worsened with each passing week. Gentle conversations and reassurances in an attempt to calm her or uncover the root of her anxiety didn't yield any meaningful insight.

At least, I didn't think they did at the time.

She talked about most of the usual things that athletes with severe performance anxiety talk about, like a crushing fear of failure.

But something kept gnawing at me. There was something there, but I just couldn't put my finger on what it was that I was missing.

Then I recalled the advice an old mentor once gave me: "Listen to what they're not saying."

And when I did, the answer finally hit me like a bolt out of the blue. It was something I think I'd always known intuitively but had never been able to articulate until that instant.

I was coaching at a parochial school. The next day at practice, I hopped up on a picnic table, called all the kids together and said, "I have a question for you, and I want you to really think about it before you answer because you're going to think it's a very strange question."

I repeated the question. Still nothing.

"The answer is going to surprise you, especially coming from me," I said, "because I'm talking about this sport."

Now I had their attention. I had just told them that their sport was irrelevant.

"Let me explain," I said, softening my tone.

I told them that the instant after they died and they were having that rather uncomfortable conversation with St. Peter at the pearly gates, the one topic I could guarantee would not come up for discussion is what their 5K PR was, what place they got in some race, how they did at the state meet or even how they did in the Olympics.

"That means that it's unimportant, almost irrelevant, because how you do in some race isn't the measure of who you are as a person or how you lived your life."

"However," I said, "this irrelevant sport has enriched my life in ways I can't even describe. That's why it's also so incredibly valuable."

I continued, "I learned more from my sport in high school and college that I use every single day of my life than I did in the classroom in college or even law school, and it's not because I was a lousy student. I wasn't," I said.

"But this irrelevant sport taught me how to live, how to persevere, how to have integrity, how to be both passionate and disciplined. It taught me how to learn from failure and use failure as a tool for growth rather than something that destroys me or makes me quit. It taught me how to chase my dreams and try to find my limits. It introduced me to remarkable people from every walk of life, from every race, every socioeconomic stratum, from every corner of the globe. My college teammates are still my best friends, 30 years later. We've been groomsmen at each other's weddings, and in some instances, we've even been pallbearers at the funerals of one of our fathers or godfathers to each other's children. It's a bond forged out of a shared struggle to become something better than we were."

"You can't get much more valuable than something that does that for your life," I said.

Now it was time to tie it all together.

"Do you realize what this means?" I asked.

I wish I could say that the girl who had the paralyzing race anxiety was instantaneously cured after that. She wasn't. But she did get much, much better over time. I will always be deeply grateful for her because without her I doubt I would've ever been able to articulate the critical distinction between importance and value in sports.

I guess you could say that she was just one more valuable experience I've received from this unimportant sport.