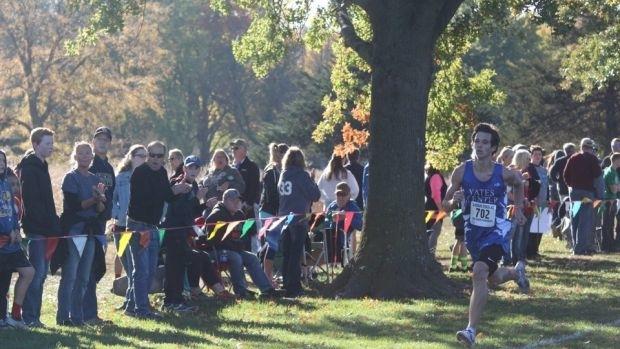 Hadley Splechter won the 2A State Championship in a time of 15:57. His season PR, the best from a male in Kansas this season, is a 15:18 from the Rim Rock Classic in September, where Splechter finished third in the gold division; A division featuring top runners from the multi-state area on the tough course. Photo by Briana Nash. Check out more photos by Briana in her KSHSAA 1A/2A/4A album here!

Kansas Milesplit Reporter Alexander Walters takes some time to get to know many runners around the state, and in this article we feature senior Hadley Splechter out of 2A Yates Center High School.