Some years ago, I was coaching a young high school runner during the off-season.  One day in late February, we were scheduled to have a track workout on a Saturday morning. When I awoke Saturday morning, it was 36° and pouring rain. I quickly figured out what I needed to wear for the conditions, poured myself a travel mug of hot coffee, and headed out to pick him up.

I arrived at his house and rang the doorbell. He opened the door still wearing street clothes. He looked at me blankly, then looked at the rain, and finally looked back at me without saying a word.

That's when it hit me.

"You have three minutes to get dressed," I said. "You're going to learn a crucial lesson this morning that I hope will last for the rest of your life."

He ran better than I was expecting for the conditions and I was pleased with how quickly he got his head into the workout. Just to show him that I wouldn't ask him to do something I wouldn't do myself, I jumped in and ran the last two repeats with him.  Immediately after the last interval, he was bent over with his hands on his knees recovering. We were both freezing. It was the kind of cold that goes straight through to your bones, the type of cold that leaves you cold the rest of the day, even after a hot bath and multiple mugs of hot chocolate.

I walked over, put my hand on his shoulder and said, "Congratulations. You got a little better today."

Still catching his breath, he replied, "Thanks. Yeah, that was a tough workout."

I replied, "Oh, the workout didn't have anything to do with it. In fact, you could have not even run this workout today, and you probably wouldn't see 1/100th of a second difference in your 1600 time at Regionals or State. Training doesn't work that way. It's cumulative over a long period of time. No single workout three months before your target race makes or breaks any runner."

He stood up and looked at me with an expression of confusion tinged with a little anger. "Then if it didn't matter whether or not I ran this workout, why am I here?!" he asked.

"That's an excellent question, and the answer to it is the lesson I said you were going to learn," I replied. "I'm going to answer that question by telling you the secret to success in anything you will ever do for the rest of your life, and not just in running. This is the secret to success in school, your career, your relationships, your future marriage, everything, so I want you to listen carefully," I said. 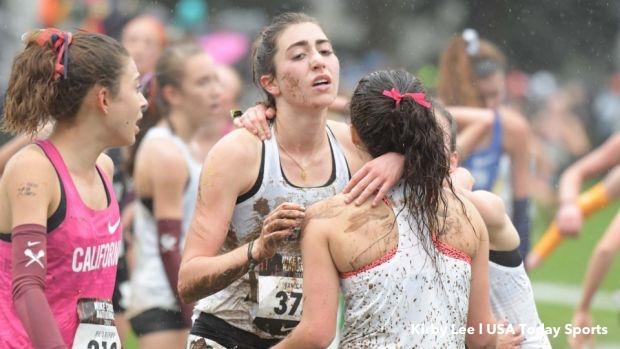 "The secret to success in anything you will ever do for the rest of your life is this:

I continued, "Let me explain why that is far more important than the actual workout you did today, or will ever do on any other day."

I explained that by getting dressed and running this workout despite the conditions, he had done what he was supposed to do when he was supposed to do it, not what he felt like doing when he felt like doing it. He had exercised his will, and his will had gotten just a little stronger. I explained that, just like a muscle strengthens with use, so too do our wills strengthen with use.  I told him that strengthening his will is more important than strengthening his body for several reasons. First, if he strengthened his will, his body would follow and also become stronger. Second, and more importantly, when the moment of truth came in a race and he had to decide whether to push through the pain or back off just a bit, having a stronger will would mean more at that moment than having a stronger body. I explained that the moment of truth inevitably comes in every race and strengthening his body would only change the point at which it came, not how he dealt with it. Only by strengthening his will could he change how he responded to challenges, not just in a race but also in life.

When we do what we are supposed to do, when we are supposed to do it regardless of how we feel at that particular moment, we strengthen our will and rise above our base instincts for comfort and pleasure. In those moments, we aspire to something higher, something loftier, than our basic instincts for comfort and pleasure. As a result, our will becomes a little stronger, and we can harness that stronger will not just to push through the pain in that moment of truth in a race but also to help us make the right decision when any difficult circumstance arises in our life.

But when we do what we feel like doing, when we feel like doing it, we are being governed by our selfish desires for comfort, convenience, pleasure, or pain avoidance. In those moments, rather than strengthening our will by aspiring to something loftier, something greater, we instead reinforce those desires.  As a result, we will make a different decision when that moment of truth comes in a race, or when any other difficult or challenging situation in our life arises. Rather than being governed by a higher principle or loftier goal, we will take the path that brings us the most immediate convenience, pleasure, or comfort.

But we live in a culture that supports and validates seeking to avoid suffering and pursue pleasure. What brings us personal pleasure or avoids any inconvenience or suffering has become the standard by which many people evaluate their choices. It is entirely acceptable, and to some even admirable, to choose that which avoids suffering or provides pleasure. 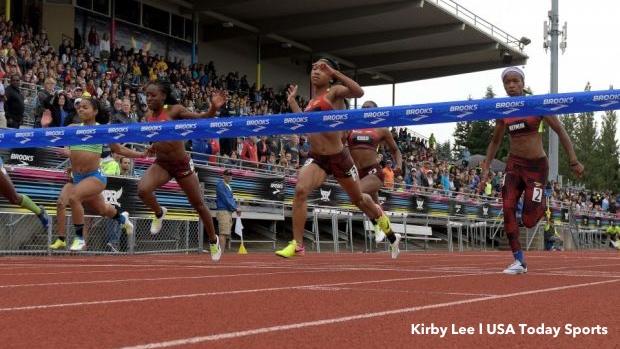 Running is simple, but it is not easy and the better you try to do it, the more difficult it is. Running's simplicity also makes it easy to quantify and measure the progress. There is no place to hide on a track or cross-country course. You know whether or not you made progress because the results are there in brutally honest black and white.

If you let it, using your sport to strengthen your will can pay long-term dividends that reach far beyond your high school track or cross country career, a career which is deceptively short.

Consider this: during the competitive season, most athletes spend about two hours a day in practice, say 3:30-5:30, Monday through Friday. That's 10 hours per week. Let's say meets take an additional five hours. That's 15 hours per week. The actual competitive season for most athletes is only about 10 weeks. That's about 150 hours per season of actual practice and meets with your teammates during the season. Over a four-year high school career, that is 600 hours.

It is precisely 25 days.

Your entire high school track or cross country career totals about 25 days worth of in-season practice time and meets.

That's it.  That's all you get, so make the most of every minute because you'll never get them back.

But sometimes we can acquire incredibly important skills in a relatively short period of time that pay benefits for a lifetime, not just to us but for others as well.

When nurses are in nursing school, they learn to give shots by practicing on oranges. Oranges provide about the same resistance to a needle that human flesh does. They practice that skill on an orange when they are first learning so that no one gets hurt until they can master the technique. It doesn't take that long to gain the skill, and once they have acquired it, they have it for the rest of their lives. They then take that ability out into the world and use it for the next 30 or 40 years to help patients by curing and preventing disease, relieving pain, and comforting the dying. 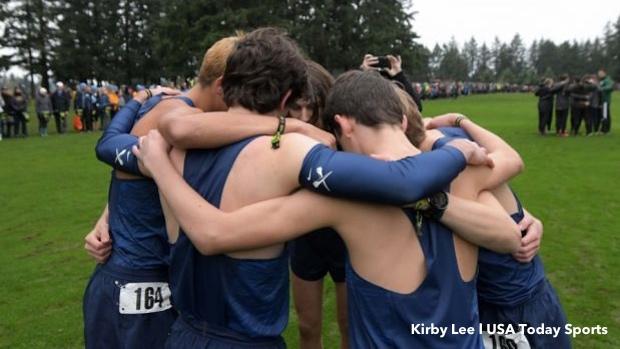 Let your high school track or cross country career be your orange.

Show up every day for practice prepared mentally and physically for that day's workout. Get off of TicToc, Snapchat, Instagram, and Twitter, turn off the TV and go to bed so that you're ready to run the next day. Eat and hydrate properly. Support, encourage and challenge your teammates to help them make the most of their 25 days. Be a student of your sport, study it, ask questions of your coaches. Learn its amazing history of the remarkable people who did extraordinary things under impossible circumstances. Look for little ways daily to strengthen your will by doing something that requires just a bit more effort. Take the stairs instead of the elevator. Park a bit farther away rather than look for the closest parking space.  Race past your comfort zone and empty yourself - body, mind, and soul - in your races.

Then, just as nurses take their skill at giving a shot out into the world to help others, take the will that you have hardened during your 25 days of high school track or cross country out into the world and use it not just to run faster or help yourself but also to help others.  Use it to transform yourself and the world around you by doing what you know is right even in the face of whithering criticism, ridicule or discomfort.

It's not easy, just like getting out of a warm bed to run a hard workout in a cold rain on a Saturday morning isn't easy.

Like I said, just because something is simple doesn't mean that it's easy.

That is precisely what the young athlete who ran the workout in the 36° rain did. Thanks to his excellent self-discipline and hard work, he received a scholarship to an NCAA Division II school that allowed him to pursue his dream of becoming the first person in his family to graduate from college. A few years after that workout in the freezing rain, he called me to tell me that his English professor had given the class an assignment to write an essay about a moment in their lives that had been influential or was some kind of turning point for them. He told me that he was going to write about that day and that workout. He said that every morning since that workout when he woke up, he asked himself what he was supposed to do that day and when he was supposed to do it, and he credited that for his success and improving his life.

He not only fulfilled his dream of becoming the first person in his family to graduate from college, he also went on to earn a Masters degree.

Use your 25 days and this sport as your orange to give you the will to make that happen.