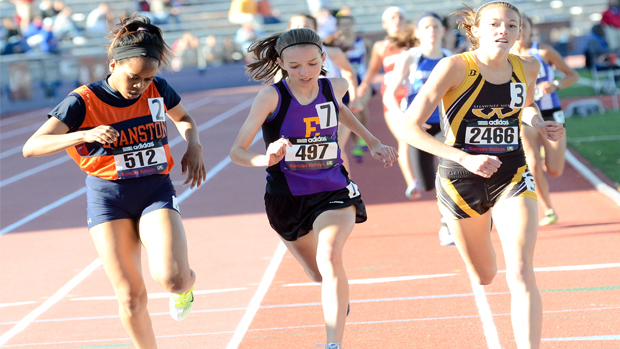 LAWRENCE, Kan. – Alli Cash may have slightly misjudged when she should kick, but that didn’t stop her from capturing KU Relays gold.

Cash, a junior at Shawnee Mission West, broke for the lead at the start of the second lap of the girls’ 800-meter run Friday. She started to pull away from early leader Jahnell Horton of Evanston Township (Ill.), but Horton was not going to let her go that easily.

As the two neared the finish line, Eureka (Mo.) freshman Hannah Long came surging out of the field and nearly ran down the duo. Cash was able to hold on for first in a new PR time of 2:13.99.

“It was kind of hard pushing myself the last lap,” Cash said. “Towards the last few meters, I thought, ‘Maybe I started that kick a little bit too soon.’ But I kind of think I needed to if I was going to get in reach of the other girl.” 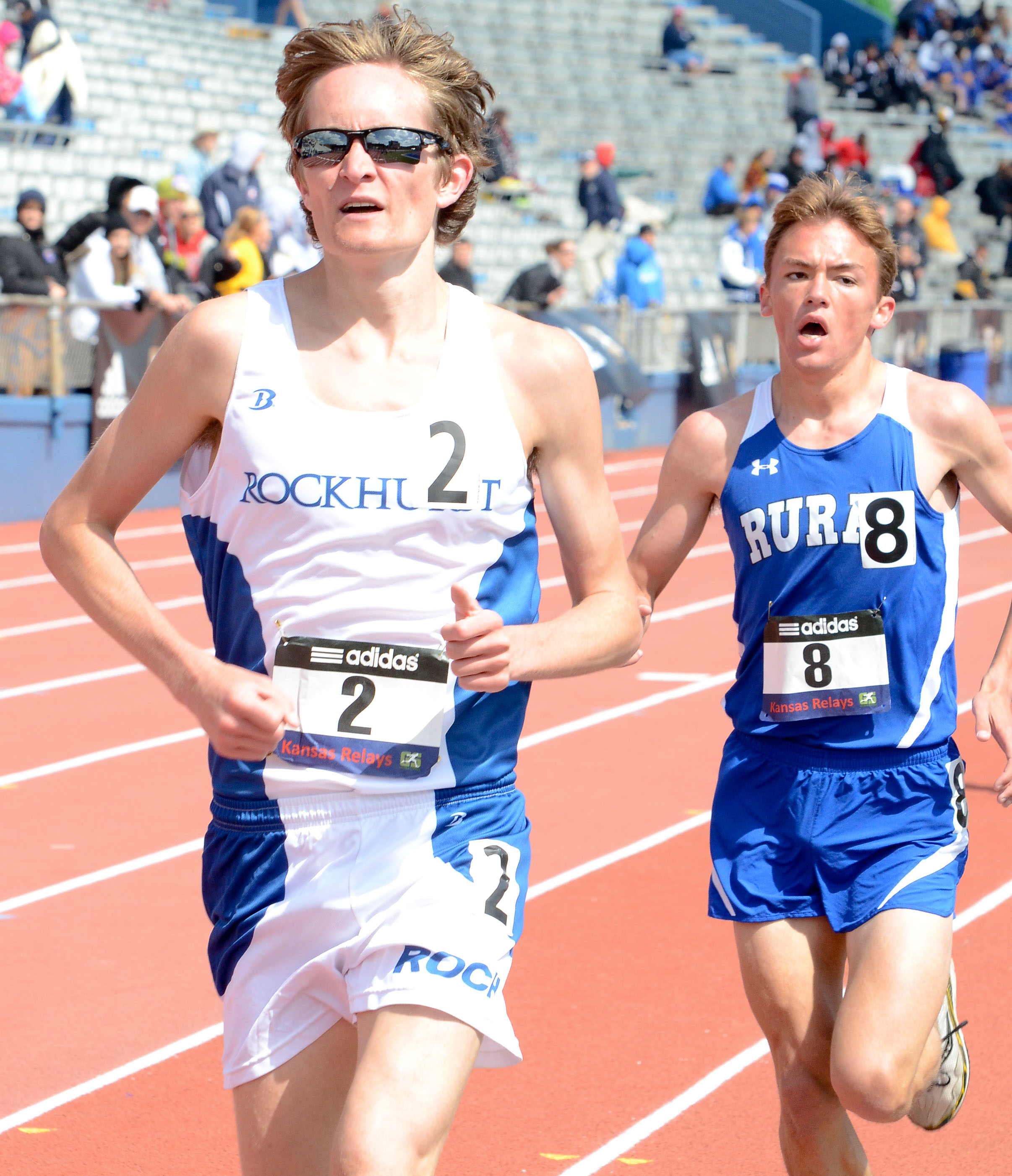 Jacob Morgan, a senior at Washburn Rural, was familiar with his Missouri competition, having raced Rockhurst’s (Mo.) Zach Herriott at some of the bigger cross country and track meets in the area of the past few years. When they met in Friday’s 3,200-meter run, Morgan thought he knew what strategy to expect out of Herriott.

The two runners sat behind Drew White of Festus (Mo.) for the first half of the race. Herriott moved to the front with two laps to go and then made a big charge on the bell lap.

“I don’t know if there really was strategy; I just wanted to win,” said Morgan, the defending Kansas 6A state cross country champion. “I let him go to see if I could catch him. I got close, but not close enough.”

“I know that he goes out hard, but he changed tactics on me today, which is smart on his part,” Morgan said. “I think he let other people take the lead, take the wind, and bolt on us. I just didn’t respond quick enough to his moves.”

Shawnee Mission West opted to be the front runners in the 4-mile relay. The Vikings placed their strongest leg, Jonah Heng, on the stick first, and he pushed West out to an early lead. 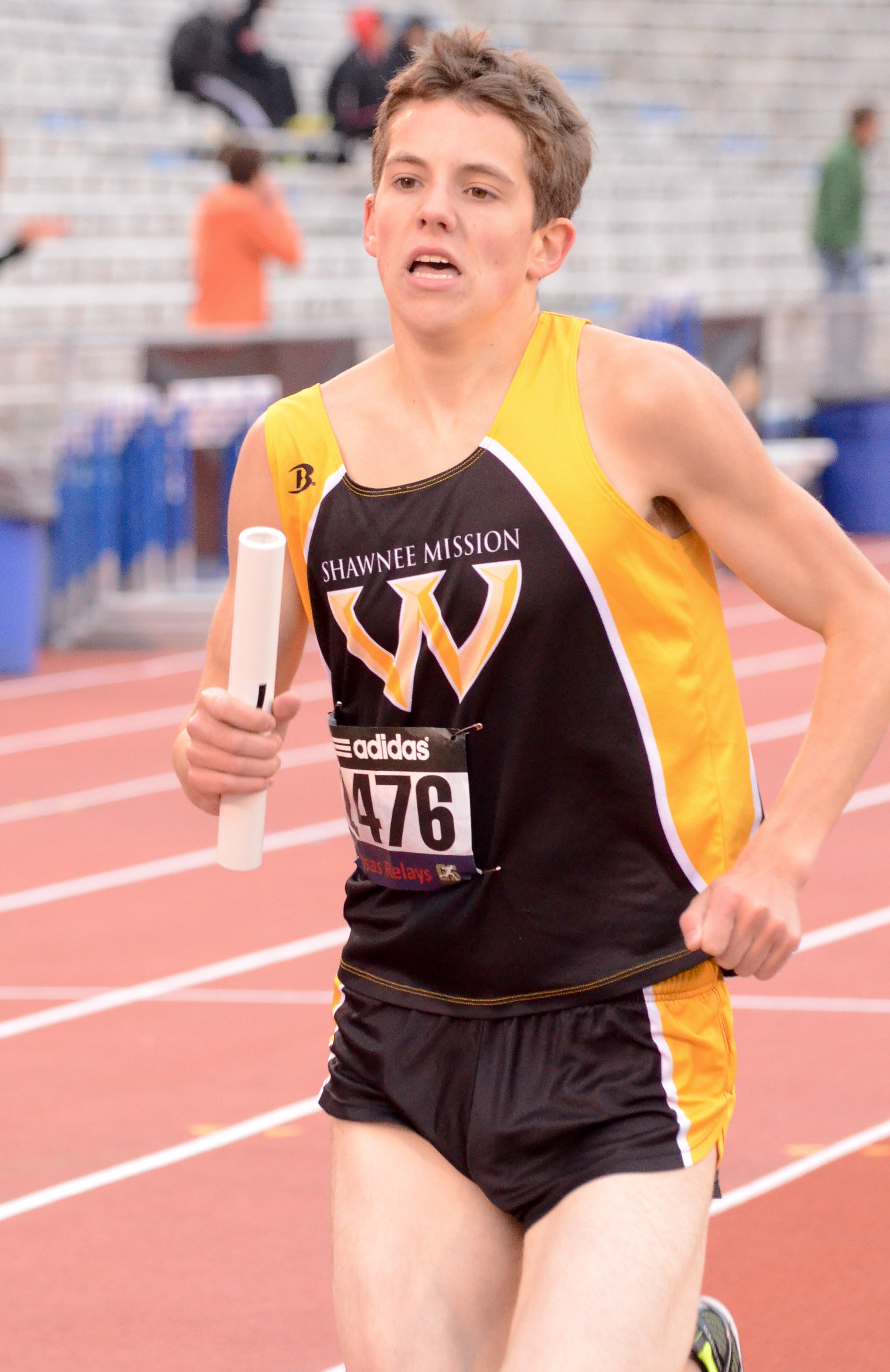 “For me it was just to get out front because I knew those guys were fast, and I wanted to stick with them and see what we could do from there,” Heng said. “It’s a lot of fun because you have a whole other team aspect to it.”

The other three West legs are balanced and came into the race running within four or five seconds of each other. That consistency led the Vikings to a fourth-place finish in 18:31.87. Kearney (Neb.) came from behind on the third leg and ran to a new KU Relays meet record in 18:02.82.

The Shawnee Mission West girls’ 4-mile relay went with the same strategy and put Cash on the lead leg. She gave the Vikings a sizeable advantage, but three-time defending champion Lee’s Summit West made up the difference and captured first in 21:35.54. Shawnee Mission West was second in 21:41.60. 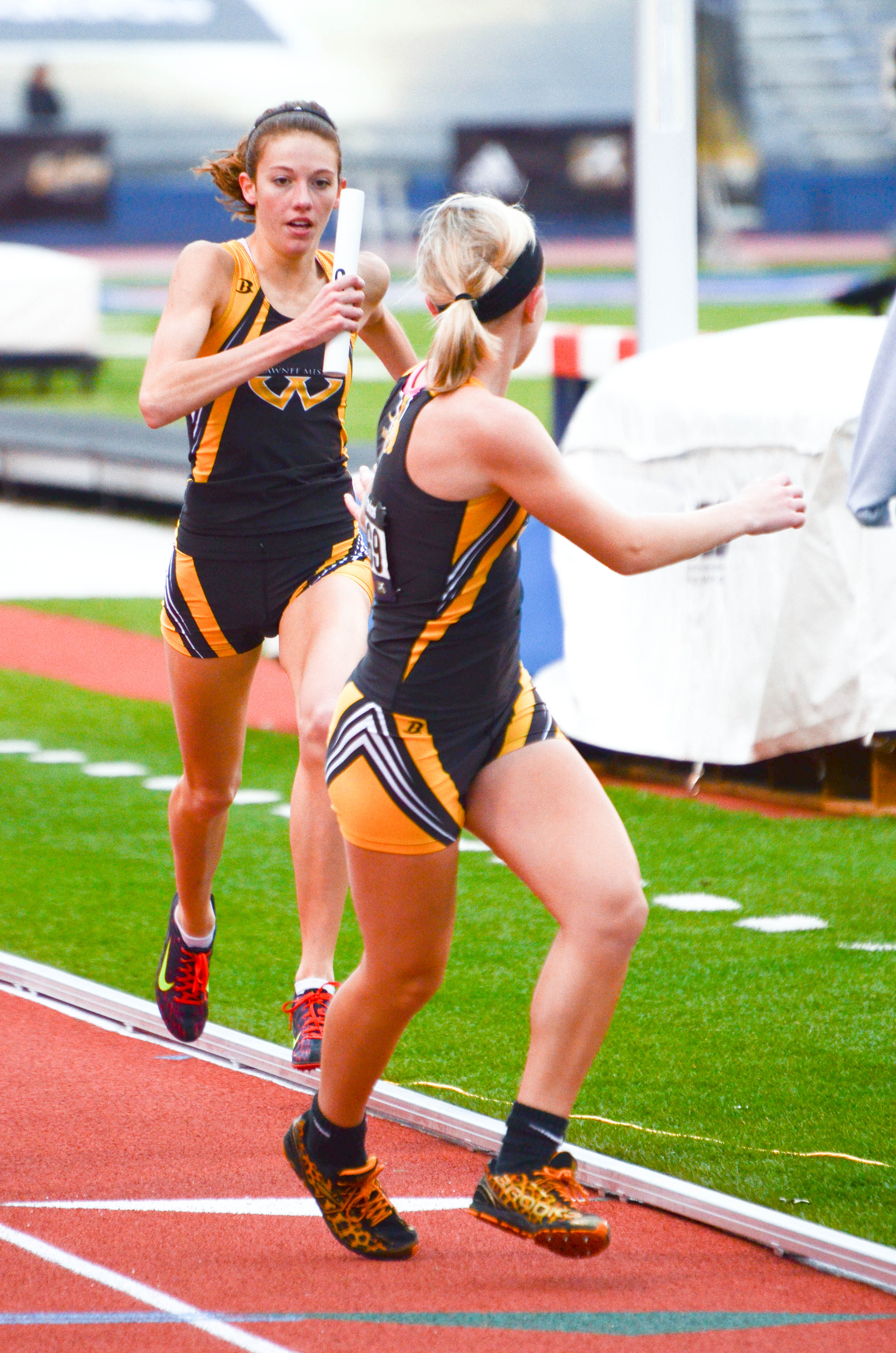 Mill Valley junior Emily Brigham could not equal her season-best pole vault of 13 feet, which ranks second nationally, but she had enough to capture the KU Relays title by clearing 12-3 ½. Cassie Wait of Gardner-Edgerton also made that height, but she settled for second place on misses after both girls failed to clear 12-7 ½.

“It was still a good day because I got on some really big poles that I’ve only been on a few times, and we need to work more on getting on that pole,” Brigham said. “I was still excited because there are so many people here, and the level of competition is so high. Usually at my meets I don’t see this (competition), so it really pushed me.”

Brigham had three runs at the 12-7 ½, but she could not put everything together.

“The first attempt was just off. The second one, I blew through my pole. The third one, I was over it, and I just didn’t work quite as much as I needed to and ended up knocking it down,” Brigham said.

Lawrence Free State sophomore Alexa Harmon-Thomas enters Saturday’s finals of the 100-meter hurdles with the fastest qualifying time at 14.61. She had established the best time this season in Kansas at 14.65 only a week prior at the Barrier Breakers Invitational.