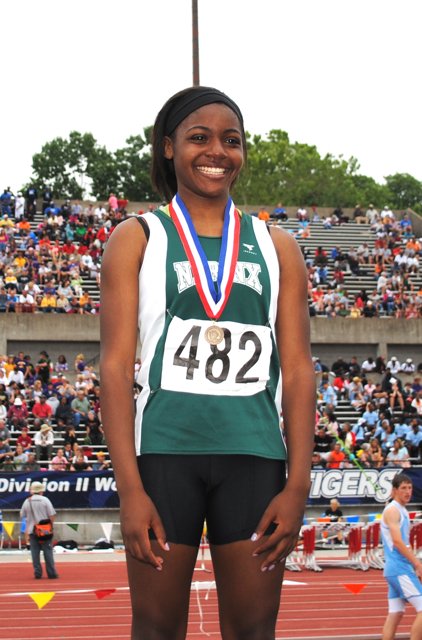 This race features two returners from the Dream 100 last year, Tianna Valentine, and Peyton Chaney.  A battle between two state champs has been set, Valentine the defending 100m champ, and chaney the defeneding 200m champ.  Chaney powered through the last few meters to take home the win at this meet last year (Valentine was not in the meet.)  Valentine currently holds the state leading mark with a time of 11.72.  Chaney, who has run a 12.01 this season, comes in with a PR of 11.72. While those two have great experience and top caliber times, they will have many other strong competitors this weekend. Jazmin McCoy, a junior at North Kansas City, is currently hovering right over the 12 second barrier, 12.01, and looks to finally go under that mark. Krystal Corhn comes in seeded behind Valentine.  She was fifth last year at the Kansas state meet and has started off this season by winning a few minutes and posting a time of 12.37.  Currently state leader in Kansas, Kristian Lee, is also in the field. Lee was third in the finals last year and has already run 12.17 so far this year.  Another girl that could make in impact is freshman sensation, Gabby Hall.  Hall has lost one race this year, only to McCoy.  She already boasts PR's of 12.32, 25.25, and 58.74. 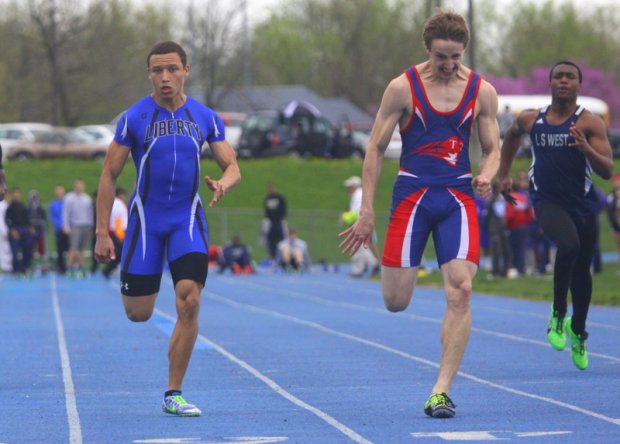 This event will feature some of the best sprinters in bothMissouri and Kansas.  Naron Rollins, a senior from Platte County, MO, comes in with a state-leading mark of 10.85. The Kansas leader, Michael Gagliano, is coming off of a winning streak this year and has a season best time of 10.94. Last years 6th place finisher and this years top returner, Adorin Dorsey, comes in with a season best of 10.89 and looks to return to the finals.  Roy Bay, a Truman junior who had a fantastic indoor season, beat Dorsey in the first meet of the season and has cracked 11 seconds as well (10.90).  Jaron Alexander, a key player to Grandview's state winning team last spring, comes into the meet off of a victory over Naron Rollins at the Winnetonka Invitational.  He has a PR of 10.78, one of the best in the field.  The top seed for this race, Edwin Stewart, has run low 11 seconds this year and should be in the mix as well.  While he may not have the fastest time coming in, someone to keep in eye on is Ezekiel Elliott.  He mostly focuses on hurdles but can also run a great 100m dash.