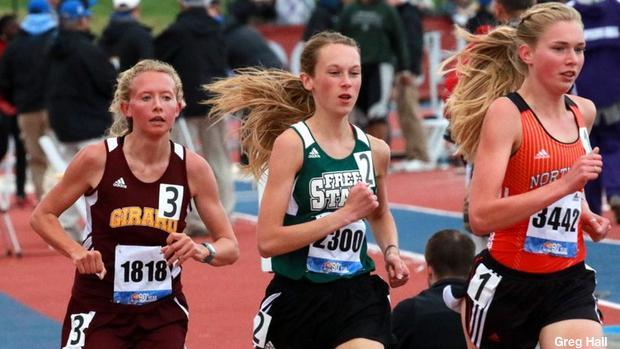 Examining racing totals and patterns reveals some distinct trends and insight that illustrate why this particular commonality is essential. To do so, it's necessary to dive into a few numbers.

All three entered high school having run very limited, low-level middle school racing schedules. For Venters, that was only track, and for Born, it was only cross country. While the exact number of races is not known for any of them, it would be an accurate characterization to say that all three were very lightly raced coming into high school and the races in which they did participate were not highly competitive, especially given the absence of any age-group competition.

To understand what those numbers mean and why they're significant, compare them to the top 15 at 3200 for the class of 2018 at two different points in time.

Those numbers are nearly identical to what the Triumvirate did.

However, if we look at the same class of 2018 two years earlier, when they were sophomores, it is a very different list, and the athletes on that list ended high school with different race totals, average high school PRs and ages at which they set those PRs. It should first be noted that only two of the top 15 for the class of 2018 as sophomores also appear in the top 15 when the same class became seniors, including two sophomore for which there are no more reported results after their sophomore year.